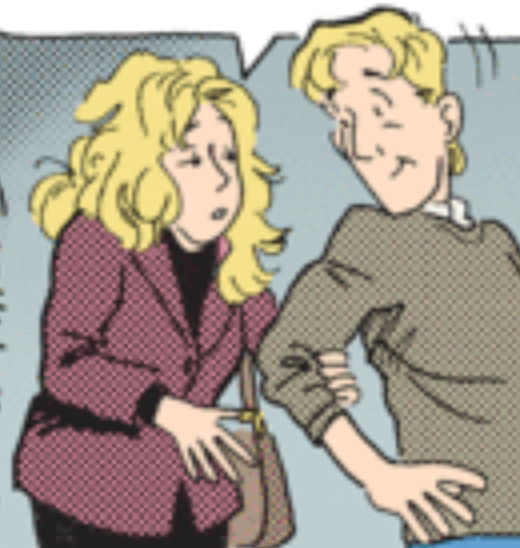 Why the hell must Haystack Hair “sidebar” with Darin when the dude was standing right there?!? Check out Jessica’s narrowed-eyed, conspiratorial posture in panel one: with her left hand hooking the crook of dopey Darin’s arm, and her right palm downward, fingers spread in the “keep this on the low” gesture. Always with the dollar signs in her eyes, this Jessica: recall her (short-lived) giddiness over the dough that Darin would make off auctioning those Phil Holt Batom covers. At least Jessica is looking out for their child’s future…unlike Darin, who without so much as consulting Jessica decreed that all that Phil Holt money should go to the Lisa’s Legacy fund (which I’m only hyperlinking here because they finally fixed it so the URL doesn’t redirect and give you a dire-sounding certificate error).

24 responses to “Check Yo Self”