Banana Jr. 6000
July 29, 2022 at 5:02 am
Who the hell would go to this exhibition? Both these men now live in this town, and have spent a lifetime putting out the comic book equivalent of shovelware.

Maybe people are coming out just to gawk at Flash “Fairfield’s” towering head. It’s the most interesting detail in today’s strip. Not a hell of a lot else to comment about here.

What is “show-offy” of even writerly about Pete’s comment? That paragraph that Darin has to lean in closely and squint to read is a little flowery (“its special magic”) but otherwise inoffensive and succinct. How is “From the hearts of Phil and Flash” an improvement?

The day of the big gallery opening has come at last. On the walls of the Dibbs Gallery are famous Phil’s Batom covers: Charlie & Chuck, the Cockroach, Starbuck Jones, and, of course, the Amazing Mr. Sponge. If they look familiar, it’s because these are the artworks which Phil Holt inexplicably bequeathed to Boy Lisa, who decided they should be auctioned off  to benefit Lisa’s Legacy, and which were bought, every last one, by Hagglemore, who happens to be Phil and Flash’s employer. There! I’ve explained how Phil’s sold-off covers are still available for this gallery show.

Now: can anyone explain how, after Batiuk has spent 8 years establishing his canon, Flash Freeman’s is now Flash Fairfield?

Comic Book Harriet commented the other day about Batiuk “[giving] Flash and Phil the same backstory as Darin and Pete.” Maybe by bestowing on him an alternate last name, Batiuk’s just giving Flash one more thing in common with Pete Roberts Reynolds. 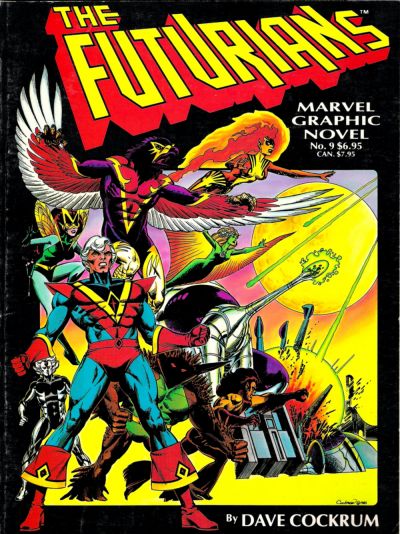 END_OF_DOCUMENT_TOKEN_TO_BE_REPLACED

The Saga Of The Stinging Sword

It’s hard to believe I once thought this bitter, hateful story would be “a love letter to something Tom Batiuk likes.”

This story had almost nothing to do with Prince Valiant, except for trashing its real-life artists. Three of the four from that era were slighted in some way. Hal Foster was depicted as unscrupulously plagiarizing someone else’s art; Gray Morrow’s name was gotten wrong; and John Cullen Murphy was conspicuously omitted. And since “King Features Syndicate” was proudly displayed on the office walls, Tom Batiuk even implicates his own employer in this fictional misdeed. And couldn’t even bothered to explain why. END_OF_DOCUMENT_TOKEN_TO_BE_REPLACED

There will be an insinuation that Phil Dolt’s work was somehow ripped off and he never received credit… it’s one more tragic example of how Big Comic Book crushes the little creators!

William Thompson (over a week ago)

Whatever reason Batiuk presents at this point in the story to explain WHY [Phil] didn’t get the job will probably be as ridiculous as the Crankshaft arc when… the illiterate Cranky[‘s] name wasn’t on the line-up card, and no manager or coach noticed the difference.

So Hal Foster is going to garbage-pick Phil’s garbage-worthy cover and rip off the eternally aggrieved Phil?

It’s all winners on The Price Is Right today!

As was widely predicted, Hal Foster printed Phil’s submission in Prince Valiant, without Phil’s consent, after fishing it out of the trash. I’m honestly shocked at this.