In today’s strip Les, appropriately, puts all of his stolen Hollywood paraphernalia in same place.

Marianne doesn’t appear to understand the concepts of opacity and walls.

Why am I blandly narrating this strip in lieu of hard-hitting commentary and rapier wit? Because I know my limits. Why is Les blandly narrating his actions in the first panel? Because there is no limit to his disdain for even those that worship him.

As our sharp-minded posters have already noted, Oscar statuettes cannot be given away or sold without first allowing the Academy the right to buy them back for $1. As such, what Marianne gives to Les and what she keeps should rightly be flopped in today’s strip.

But we’re not in reality (we’re 1/4″ away from it), so what we are left with is a false modesty competition between Marianne and Les that offers nothing we did not already know yesterday. It’s a good example of Les showing his true colors though… If Les really and truly felt guilty about taking the Oscar that Marianne is stupidly and inexplicably giving up, then he wouldn’t wait until she flew across 70% of the country to tell her. I’ll bet he also excuses himself to go to the restroom just before the check comes at a restaurant and then returns to sheepishly offer to pay the bill just as his dining companion is handing their credit card to the waiter. Cue Ben Schwartz saying the thing…

Summer actually has appeared in this strip as recently as 7 weeks ago, which is not something you could often say since she graduated high school. Even so, it’s kind of remarkable that Les and Cayla have interacted more over the past few years with a now-Oscar-winning actress than they have with their own children, both of whom (still!) appear to go to Kent State… less than an hour away from where Westview is generally considered to be.

And by “remarkable” I mean 1/4 inch AU from reality. I think I would have found it more relatable and more entertaining had we focused instead on the adventure that must have been Marianne’s efforts to bring an Oscar stuffed in a small drawstring bag through a TSA checkpoint.

Ah, the classic tug-of-war between privacy-invading exuberance and false modesty… who wins that race to the bottom in today’s strip?

Les’ false modesty does, of course. For one thing, it’s coming from Les, which makes it an additionally off-putting version of an already off-putting behavior. The biggest reason, though, is that Cayla’s desire to “let people know” is essentially moot, everyone already knows. Anyone who cares saw Marianne tell the television cameras that she was coming to give her Oscar away to Les this week. Yeah, if she’s trying to organize a mob to meet Marianne then that might not work if by “on the way” Marianne means that she’ll be there within the hour… but with Marianne’s very public announcement of her planned visit and the relatively specific time frame she gave, the Taj Moore-hal should have been descended upon by pushy celebrity obsessives and Starbuck Jones fans days ago. Where are they? Where’s Lenny and Frankie and (ugh) DMZ? Why am I asking you?

The Les You No

Today being 4/20 and all, I found it perfectly appropriate that Mason’s contact photo on Les’ phone should be a picture of some cannabis. But the “trees” we’re looking at in today’s strip are the kind that “don’t provide any shade,” not the kind you smoke. So, the Lisa’s movie is already in the pitch meeting stage, is it? Normally, this would mean that the screenplay’s been completed. Otherwise, they have nothing to “pitch.” Of course, normally, location scouting for a major motion picture takes place after the script is done, and by someone (or a team of people) whose job it is to scout locations; not by the leading man/exectutive producer taking pictures with his cellphone.

Les, perhaps still smarting over his students’ shabby treatment of Batton Thomas, shows little enthusiasm over going to Hollywood to pitch the movie. This sends the normally mellow Mason into a tizzy, demanding that Les join him immediately, his teaching job be damned. Mason is hellbent on involving Les in every single aspect of this movie project, but one questions the wisdom of dragging him along to the pitch meetings. Is no one in Hollywood going to be aware that Lisa’s Story already had been optioned and gone into production nearly six (!) years ago? And that, after insisting that he write the screenplay, Les arrived in Hollywood, splitting his time between complaining, daydreaming, and wishing for death , before walking away from and sabotaging the project?

Ooooh. Les’ Kent State shirt is back! He used to wear it on the regular but I looked and he hasn’t been seen in it since March 2017. At least, I assume it’s a Kent State shirt. The sloppy way it’s drawn, I had previously took it for some kind of tribal symbol, or a bad Stargate fan shirt.

Speaking of sloppy drawing, there’s a non-sequitur of art in every panel today. In panel one Les hand disappears into Funky’s chest like he’s coping a feel. Or attempting to reenact that famous scene from Indiana Jones and the Temple of Doom. In panel two Les’ face has melted into a Bell’s Palsy grimace as he hunches over the inky blackness of Funky’s coat, looking for all the world like he’s just grabbed the head of a tiny Nazgul.

Panel three we get a tiny bowl of balls invading the speech bubble atop the fridge. Are they oranges? Who puts oranges on top of the fridge? Are they novelty clown noses, tucked away for some kinky kitchen roleplay? Also in panel three we have the return of our Theme Of The Week: Funky making a horrified shocked face. Today’s offering has the overtones of ‘electric prostrate exam’ we’ve enjoyed thus far, but follows it up with a hint of ‘trousers full of spiders’ for good measure.

Wow, greasy, fattening pizza (which Funky undoubtedly donated) and flat Montoni’s root beer for all! Thanks Jessica! You really know how to show gratitude in today’s strip! You’d think from the look on Jessica’s face she’d just gotten them all tickets to Disneyland. The look on Cayla and Keisha’s faces say it all; please God, not another slice of Westview’s worst and only pizza.

SoSfDavidO here! Ya know, we’ve all heard Hollywood makes you self-centered but today’s strip pushes that a bit far, considering Jessica isn’t even out there yet.

Let’s do a quick tally, shall we? So far, Evil Hollywood has sucked away Mopey Pete, Jessica, Darin and Cindy Summers. At this rate there won’t be a Westview left after Les and Co. moves out so he can work on his screenplay. And hey, sure there’s plenty of need in California for greasy, Ohio-style pizza so why not move Montoni’s out there, too? Oscars for everyone! 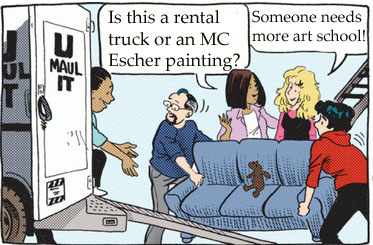